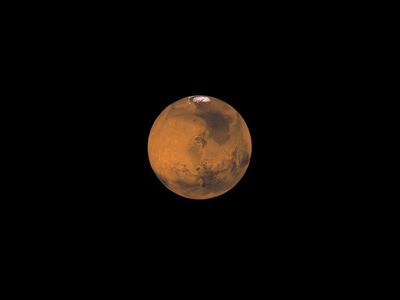 Mars One Is a "Money Grab" Where Everyone Loses

Over the last three months, Inverse spoke to Joshua Richards, a current applicant with Mars One, two executives at Mars One, three former applicants, representatives from SpaceX and Lockheed Martin, and a former head NASA scientist on human research. These conversations, in concert with Mars One financial data obtained by Inverse, suggest without a modicum of doubt that the company’s chief officers appear to be recklessly piloting a company in serious financial and strategic crisis. At best, they are willfully ignorant about the company’s rapidly depleting resources, which are filled by astronaut hopefuls, donations, and a pool of investors. At worst, the project’s leaders are intentionally disregarding the chaos of their organization and taking participants along for a wild ride — but not one that’s going to Mars. 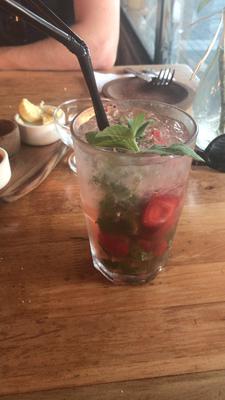 On Valentine’s Day, Roberto and I went to a restaurant called Trawen, tucked away in the resort village of Pucón. After perusing the drink selection, I decided on a mojito with something called “Träkál” in it. I am assumed it was rum, but it wasn’t. It was better. The first sip of my mojito con frutilla was almost transcendentally good, and not in a saccharine Eat, Pray, Love way. It tasted the way listening to Enya and looking at corgis on Instagram makes you feel; like waking up three hours b 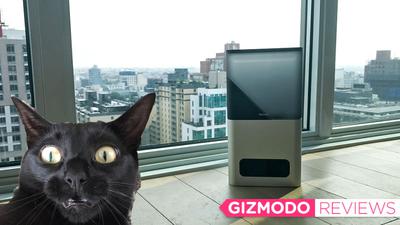 My cat, Artemis, is a bustling career woman. She has many jobs that she juggles between stealing my hair ties and spilling her kibble; in addition to serving as the Mayor of Fluffingsville, she runs a network of freelancers as Editor-in-Chief of Catmodo. Since both of us are busy most of the day at our respective places of work, we forget to check in on each other. Thankfully, Petcube’s newest gadget, Petcube Bites, lets humans check in on their furry companions when they’re apart. It also lets us fling treats at them on command which is both heartwarming and mildly horrifying. 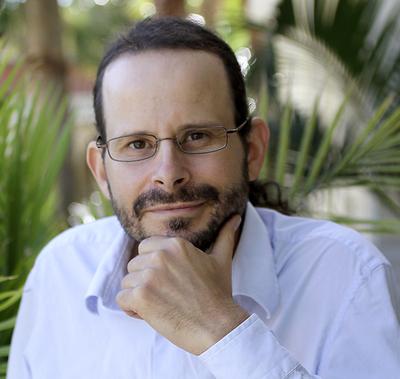 In the spring of 2013, Kate Gallagher Leong called Anthony William. She was desperate for help. Forty-eight days later, her son, Gavin, was dead. 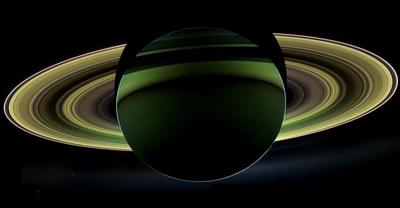 A Few Last Words On The Best Spacecraft of Our Lives, Before It Dies

Space has a funny way of making us feel both incredibly small yet infinitely lucky for being part of such a vast cosmic sorority. Of course, humans have barely scratched the surface of the final frontier—we’ve never even sent people beyond the Moon. While many uncrewed spacecraft have done an incredible job of revealing our solar neighborhood to us, honestly, none did it better than NASA’s Cassini probe. 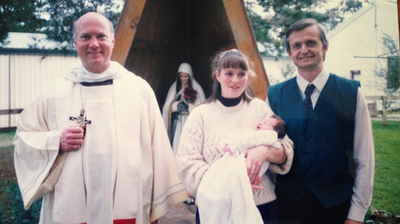 Women share their real-life horror stories of surviving a cult

Revelist spoke to three women who survived the mental and emotional torture of cults. These are their stories. 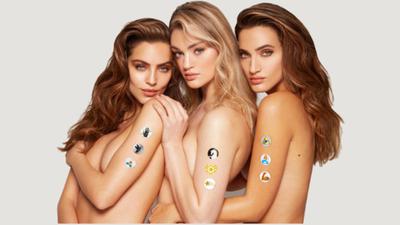 There’s no shortage of things to be mad about in late capitalism. Pretty high on the list, though, is the Eat, Pray, Love brand of pseudoscience promoted by Gwyneth Paltrow’s Goop. Somehow, Goop—which previously encouraged women to shove eggs up their vaginas—has out-Gooped itself: the brand is now promoting stickers called “Body Vibes.” 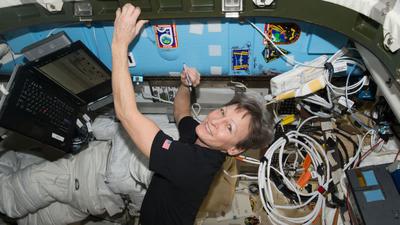 WASHINGTON, D.C.—It’s 7pm, and the Lisner Auditorium at George Washington University, which was packed with investors, aerospace tycoons, and scientists just hours ago, has dwindled to a dedicated few. It’s a very different crowd than the folks who came earlier in the day to watch Buzz Aldrin and other space veterans speak—for one thing, a group of Girl Scouts has crowded the front row. For the first time all day, two women have taken the stage at the Humans to Mars summit in Washington, D.C. And that’s part of the problem. 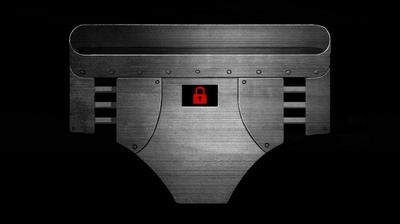 The Anti-Rape Gadgets That Never Delivered

It’s like clockwork: every month or so, you’ll be scrolling through your Facebook feed and stumble across a video about a new ring or underwear, color-changing straws or color-changing nail polish, or “smart stickers” that claim to help prevent sexual assault. There’s the inevitable swarm of uncritical media coverage that garners hundreds of thousands of views in a few days. But after a fleeting moment in the news cycle, the stories—and ostensibly, the products themselves—disappear. This is because most of these products are ultimately bullshit. We looked at several previously hyped gadgets that have never made it to market, many of which are based on shoddy science, nonexistent technology and misleading claims. Most egregiously, while advertising the sensation of safety, they seem reliant on the idea that it’s the potential victim’s responsibility to prevent being sexually assaulted with their magic cups and “anti-rape wear.” 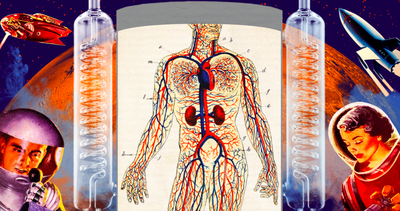 Will Humans Have to Upgrade Their Bodies to Survive on Mars?

There's a big difference between putting a few boots on the ground and setting up a long-term base on another planet. Regarding human colonization of Mars, there are a host of concerns—in particular, how will humans fare, both physically and psychologically, in such a harsh environment? 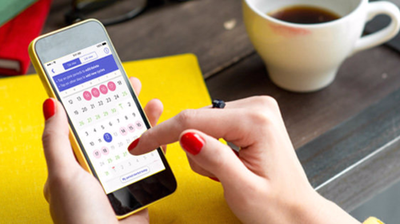 If you're one of the thousands of women who use a period-tracking app for family planning purposes — or just to track when Aunt Flo's coming to town — you might want to read your app's privacy policy. 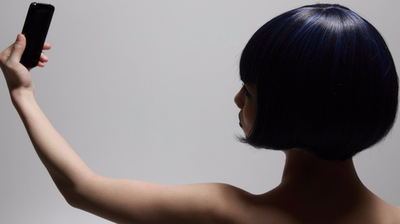 Debt is rarely considered a feminist issue, but women in China are revealing why it should be. Here's a horrifying reality: Women in China who fail to pay off their loans are being blackmailed. If they don't pay up, a loan shark will release nude photos of them. 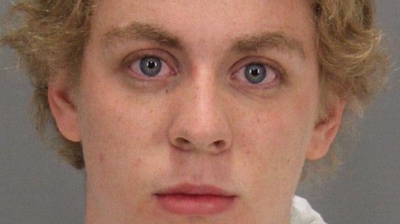 After serving just three months, convicted sex offender Brock Turner was released this morning (Friday, September 2) from the Santa Clara jail, to the dismay of virtually everyone. Turner's untimely release is salt in the very fresh wounds of this devastating case. It's been less than two years since he sexually assaulted an unconscious woman outside a frat party — and a matter of months since we heard her powerful voice for the first time. 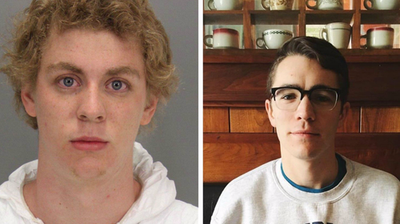 At the intersection of white male privilege, classism, and undelivered justice lies the case of Brock Turner — the 20-year-old recently convicted of sexually assaulting a 23-year old woman by a dumpster. 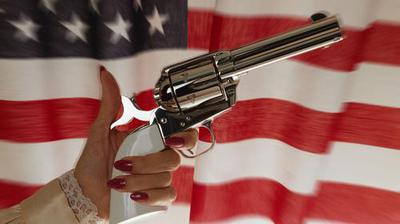 If You Love The Second Amendment, Here Are Some Other Outdated Laws That’ll Jazz Your Britches Off

Some things, like powdered wigs and laissez-faire attitudes on guns, are better left in the past. 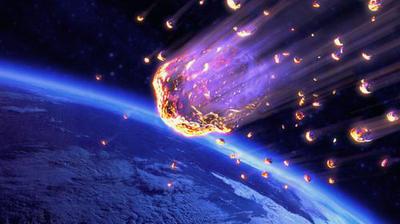 Tonight, The Sky Will Literally Be Lit -- With Lots Of Shooting Stars

Grab your blankets and favorite generic energy drink, because tonight (into tomorrow), the galactic extravaganza known as the Leonid Meteor shower is expected to be in full force -- right in front of our unworthy mortal eyeballs. 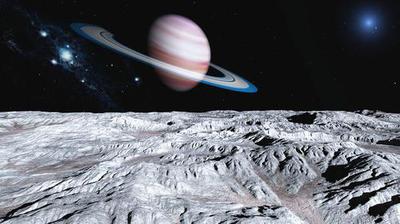 NASA’s About To Plunge A Spacecraft Through Spray From The ‘Underground Ocean’ Of Saturn’s Moon How do I even begin to explain this amazing, absolutely bananas space f--kery? On Wednesday, NASA will send an unmanned spacecraft through the icy spray of Saturn's moon, Enceladus. Why does Saturn's moon have an icy spray, you might ask? Oh, NBD, but Saturn has an "underground ocean" made of liquid water, Discovery reports.
Close ✕